Obrigado! Customers Get Bikes in Brazil 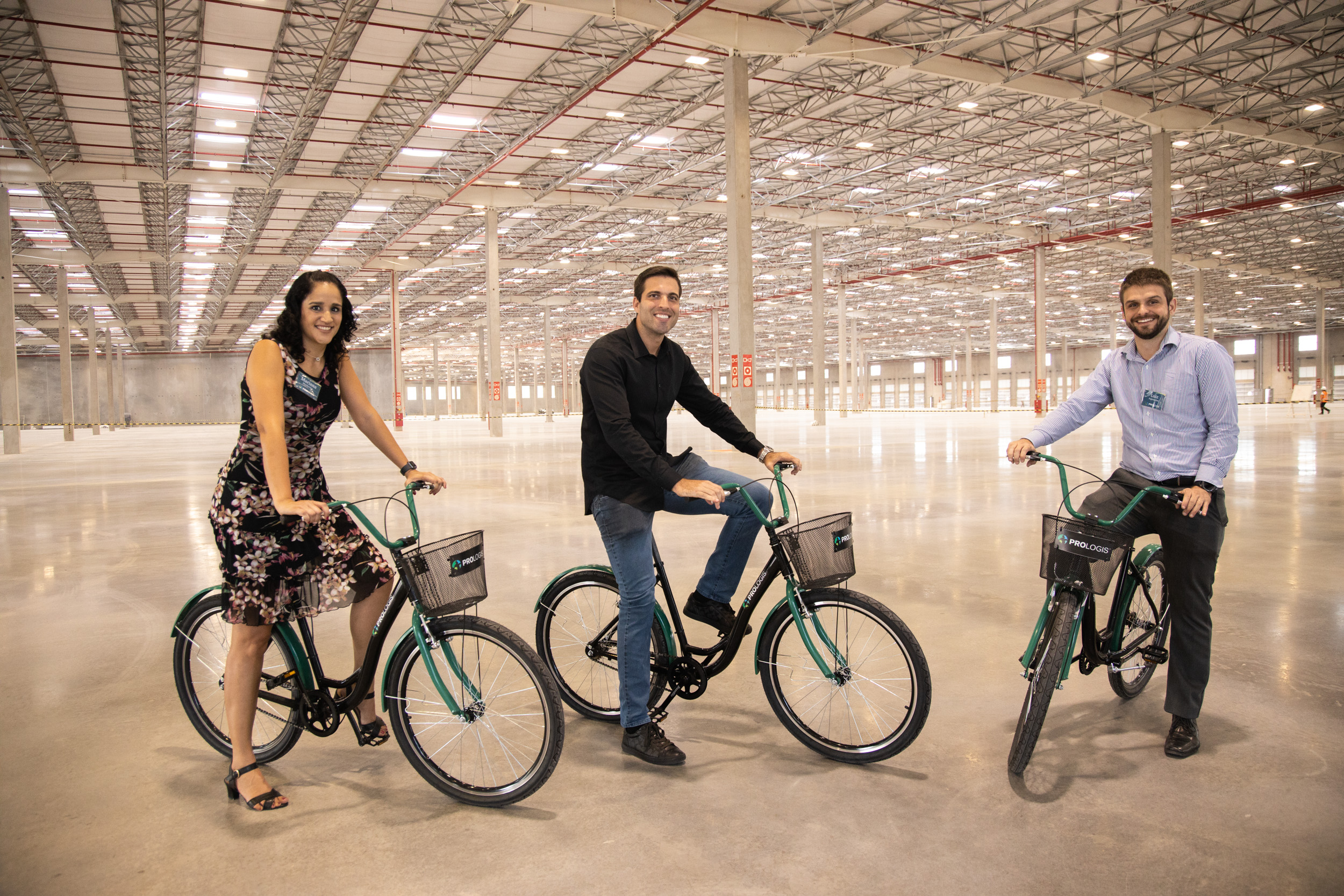 Just about this time last year, Prologis Cajamar II began to offer the system of shared bicycles to customers for getting around inside the industrial park in Cajamar.

The project began with 16 bikes for the four buildings that were already built and occupied. With the success of this idea and following up a lot of requests for more, the number will increase to 100 from January on.

Prologis Cajamar II is located 30 kilometers from the center of the city of São Paulo and 15 kilometers from the ring road Mário Covas. The company is finishing the last building of about 50.000 square meters that, along with the four building that are already functioning on the site will complete a total of almost 280 thousand square meters built.

According to Eduardo Santos, a local property manager, “Internal mobility was something that we identified as an opportunity for improvement in our park. Many customers walked long distances to reach their warehouses, as well as the restaurant.”

He went on to explain that implementation of the bicycle program has helped customers increase productivity in operations, and he believes that upping the number of available bikes could prove to be a significant enhancement for customers.

Leading the Industry in LEED Certification

Leading the Industry in LEED Certification

At Prologis, we realize that our industrial warehouses and distribution centers have a lasting impact on the environment.